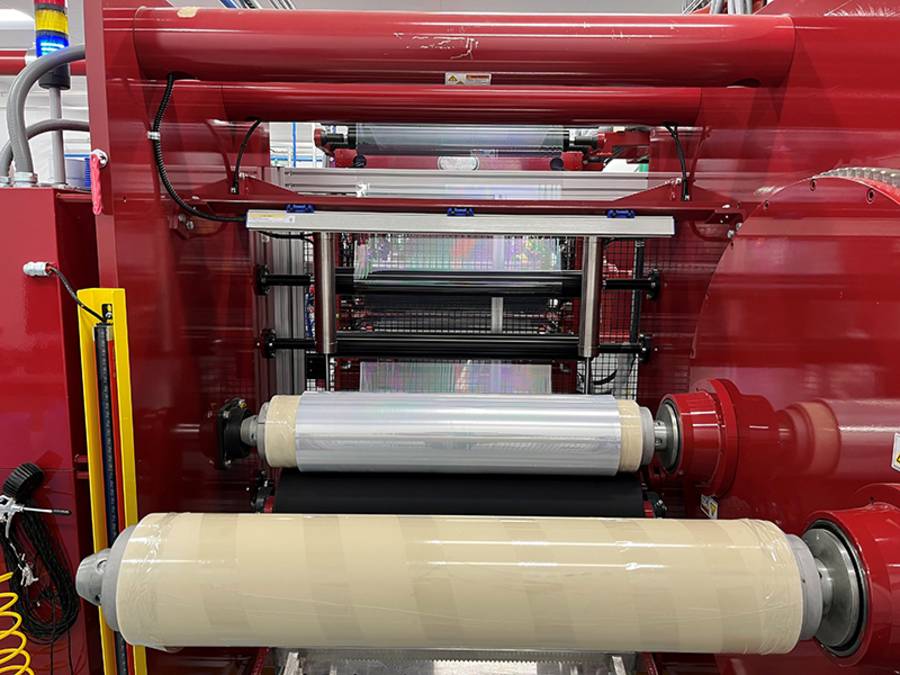 “We have grown with Davis-Standard throughout this endeavor,” said Mike Hus, Peak Nano Film’s senior vice president of engineering. “Davis-Standard’s technical expertise enabled us to collaborate on new processes and define machinery features prior to purchase. We value Davis-Standard’s experience and systems-oriented approach in helping make this film a reality.”

According to Chris Oseredczuk, senior production engineer at Peak Nano Films, the Davis-Standard line is performing well. “We are highly satisfied with the line’s performance and Davis-Standard’s ongoing support. Their sales, technical, parts, and field service teams have provided a timely response during all phases, including initial engagement and acceptance.”

Davis-Standard’s web handling expertise and scrap reduction strategies have been pivotal in helping Peak Nano Films deliver this film and other innovative products. In addition, a custom feedscrew design built specifically to adapt to the process requirements for this dielectric film has also been advantageous.

Davis-Standard, LLC (www.davis-standard.com), headquartered in Pawcatuck, Conn., is a global leader in the design, development and distribution of extrusion and converting technology. Davis-Standard systems encompass over 11 product lines to support manufacturing applications and customers within every major industry. This includes the agriculture, automotive, construction, healthcare, energy, electronics, food and beverage packaging, and retail industries, among others. With more than 1,400 employees worldwide and a network of independent sales agents and suppliers in nearly every country, Davis-Standard is committed to engineering systems that are reliable, environmentally friendly, and offer a high return on investment. The company has manufacturing and technical facilities in the United States, Canada, China, Germany, Finland, Switzerland and the United Kingdom.