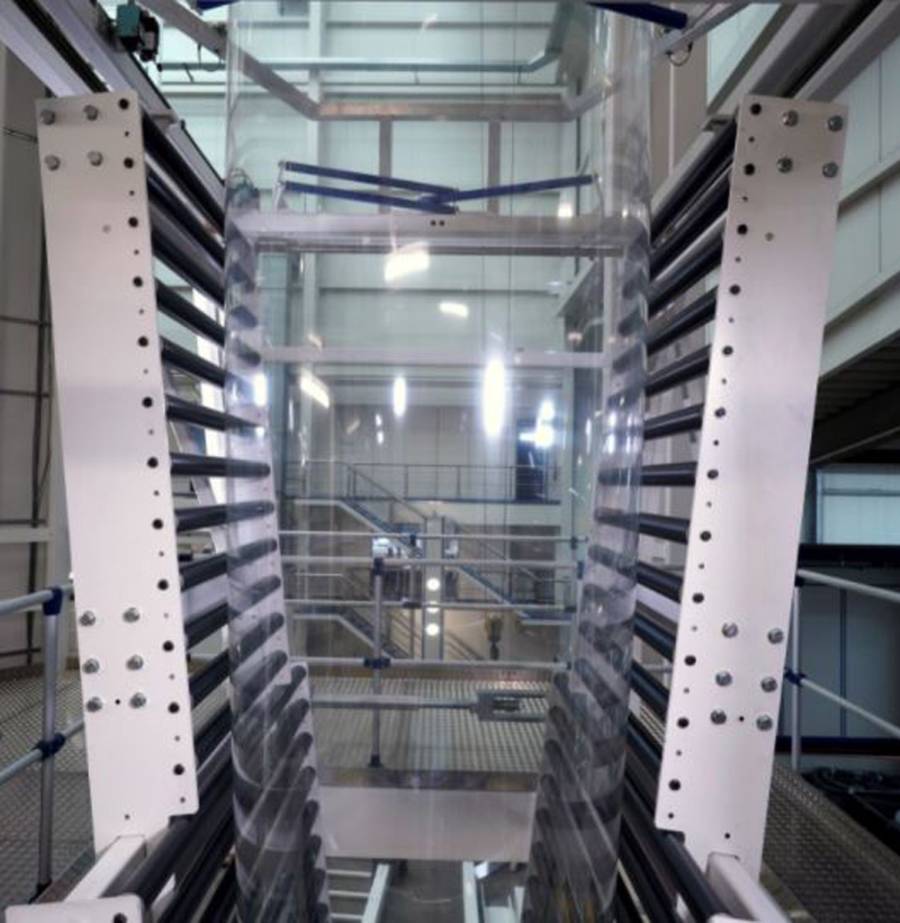 Our blown film division, Kuhne Anlagenbau, has been working hard to develop polyolefin (PO) based barrier films as regulated by recent sustainability initiatives. These initiatives emphasize waste stream purity which means that these barrier films should not containing more than 5% of a dissimilar material to achieve the desired barrier properties. We have successfully developed such films using our Triple Bubble® technology. For example, in a polyethylene (PE) based barrier film the sealing layer consists of a commercially available sealing resin such as metallocene PE or plastomer, the inner EVOH barrier layer is enclosed by two PE based tie layers, and an HDPE blend is used for the outer layer. The EVOH layer comprises only 5% of the structure: (Outer) HDPE blend / Tie / EVOH / Tie / mPE (Inner) The picture in this post shows a high clarity PO based barrier film being collapsed after the annealing stage. The film consists of 95% PO and 5% EVOH.