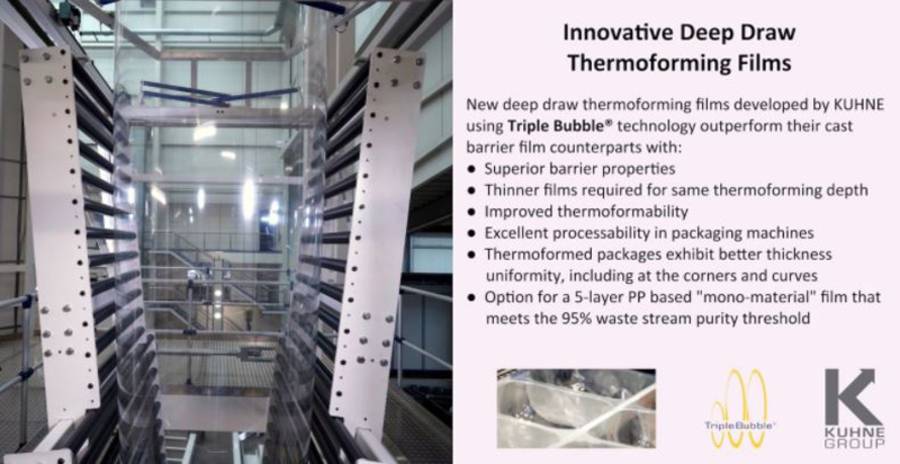 KUHNE has developed new “mono-material” deep draw thermoforming films that outperform their cast barrier film counterparts. These multi-layer films, developed using KUHNE’s Triple Bubble® technology, are roughly 50% thinner than cast barrier films: 80 µm compared to 150 – 180 µm for cast, the established process for deep draw thermoforming films. They exhibit excellent processability in the packaging machines by thermoforming better than comparable cast films, according to initial feedback from customers. As a result, the final packages, though thinner, exhibit a more uniform total wall and individual layer thickness throughout, including the corners and curves. Triple Bubble® films for deep-draw applications currently in the market are typically 9-layer structures with EVOH and PA barrier layers. KUHNE has gone one step further and, together with a German film manufacturer, has developed a 5-layer PP-based “mono-material” film. This environmentally friendly film consists of 95% PP with only 5% of foreign material and is therefore recyclable. The first deep draw thermoforming tests with the new thin and recyclable film at the film manufacturer were absolutely convincing.